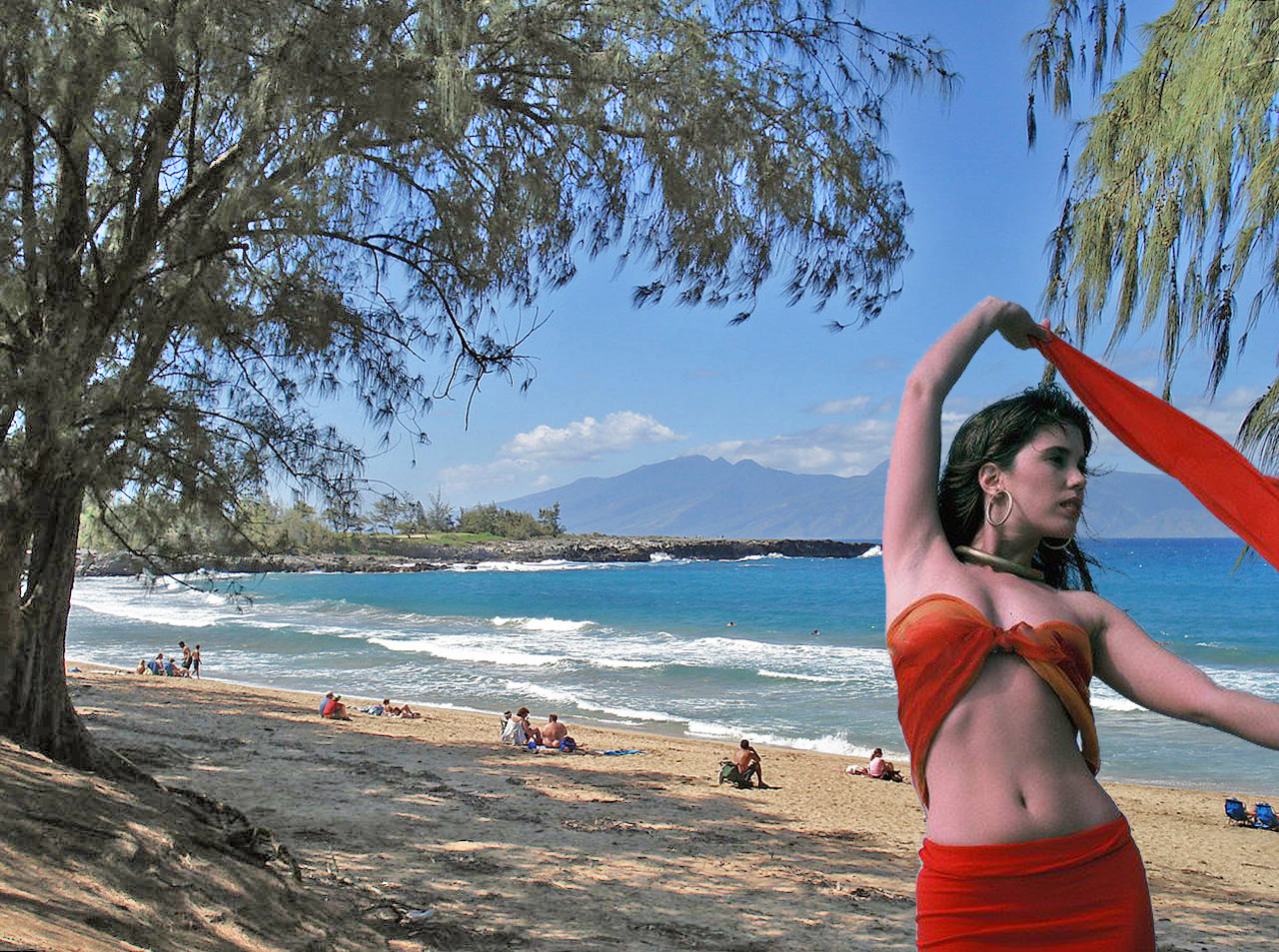 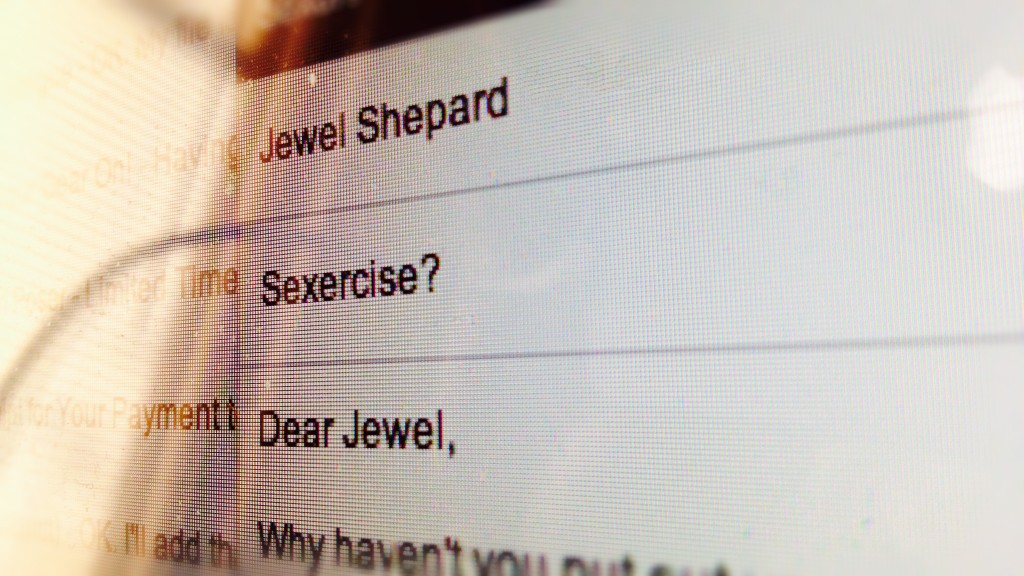 Well, let’s finish this month with a dip into the ol’ Jewel Email and see what’s on the fans’ minds?

Okay, I guess we all know what’s on Stan’s mind, don’t we? Let’s see what the next letter says…

Richard seems to have been conferring with Stan.

Here’s a letter from Ron. Let’s see what Ron has on his mind…

Hmm…I seem to notice a pattern emerging…men concerned with my body and what I put into it. It’s really nice to know you guys are so concerned with maintaining my figure. Years ago, I had this idea to put out a video tape featuring me and several gay guys demonstrating exercises but Jane Fonda stole my idea.

It didn’t take long to realize that I would have to leave all the exercise tapes to the queens of fitness, Jane Fonda, Cathy Smith, Richard Simmons…

One day, this friend of mine (a famous movie director and producer, and when he gets on Facebook and reads this – he will never “Friend” me – as no doubt there will be someone who will figure out who he is) came to me and said, “Hey, Jewel, how would like to be in a fitness video with naked women, tons of hunks and you being the star?”

“…actually in truth, four topless women, three guys…uh, and I’m not sure they’ll be hunks…but a really fantastic location…Maui! I believe it one of your favorite places. And you’ll, of course, be the main force…in fact, the personality behinds this whole thing! How does that sound?”

Now, THIS is where I made my fatal mistake. And it only took one two-syllable word uttered low and under my breath… 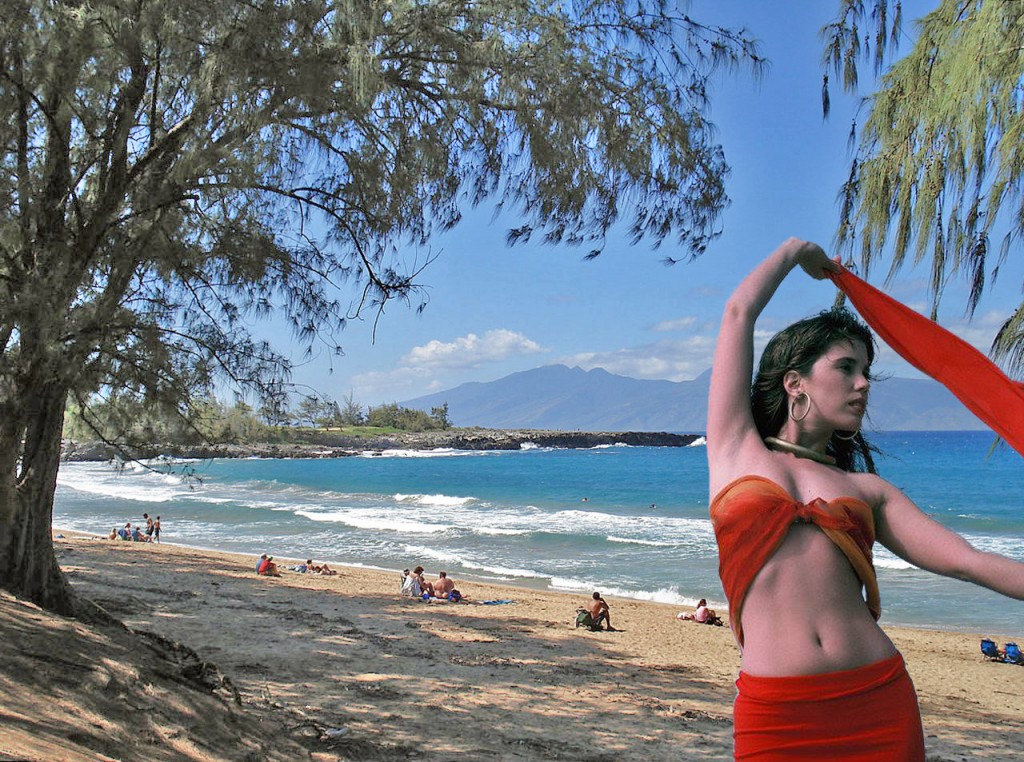 There are some words that have a magic effect on me. For example, say “Sale” to me and I’m there, credit card in hand. If a store were selling life-sized stuffed hippopotami at 50% off, I’d be there, buying one. I don’t really need a stuffed hippopotamus in my house but at 50% off, who could resist??? Another good one is “sushi.” I love sushi. Especially sushi as served up by a real arrogant, nasty sushi chef. For some reason, the nastier the chef is, the better the sushi. (Or “the fresher the chef, the fresher the fish”)

And another used to be “Maui.” There was a time that Rush Limbaugh could have invited me to go body-surfing in Maui (or, in his case, body-yachting) and I would have been at the airport quicker than you could say “Don Ho.”

Here is the story of one such trip to Maui and why, from now on, I’d rather enjoy the tropical climes of downtown Cleveland on a real humid day.  Next thing I knew, I was jetting off to what I hoped was going to be a fun-filled one-week working vacation. Little did I know what was in store for me. There were a few clues, even before I left LAX, that I was not in for the dream vacation of a lifetime. For instance, when I got to the airport…I couldn’t find the airline. 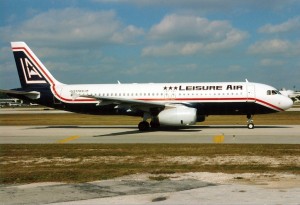 In fact, nobody at the terminal had ever heard of “Leisure Air”…and I mean nobody; not the ticket people, not the taxi drivers, not even the Hare Krishnas. I’ve heard of “no-frills” airlines that do away with unnecessary extras but you kind of expect them to have certain things…like a gate;  I searched and searched. I’ve heard of airlines losing your reservation but this was the first time a reservation had ever lost an airline.  Finally, fully three hours later, I found Leisure Airlines, hidden away in a phone booth (or what seemed like one) at the Southwest Terminal.  I’ll spare you all my further troubles in getting to Maui, especially the part where I finally saw the plane they wanted me to fly on (Usually, I prefer two wings)…I especially loved the part where the pilot came back and asked if any of us thought we could recognize Maui from the air…

I was in front of the camera, demonstrating the Jewel-A-Childs meal to a healthy appetite. “Throw out all those non-fat, low cal items…grab that whipped cream and chow down on your favorite food!” (I didn’t write this) There, in front of me, was a poor, innocent young lad…my cooking helper. Actually, he was the meal. Before we were done, he was covered with grapes, strawberries, whipped cream, chocolate, and oysters.

The cover of Jewel’s SEXERCISE VHS, circa 1994.

I guess I should explain that this was a comedy I was making. Well, I think it was a comedy. I’m relatively certain it wasn’t an episode of Masterpiece Theater…unless they’ve added topless women to it. It’s called “Sexercise,” starring yours truly — and will be available soon at at my website Jewelshepard.biz.

I had such a horrible time on Maui with the bad flight and the terrible accommodations and the awful food and mosquitoes the size of Hulk Hogan that the next time someone suggests a trip to Maui to me, I’m going to make them a three-word suggestion. Two of the words are verbs and this, an adverb.

Unless, of course, you just happen to be Warren Buffett. I love a man who knows how to throw his money around.