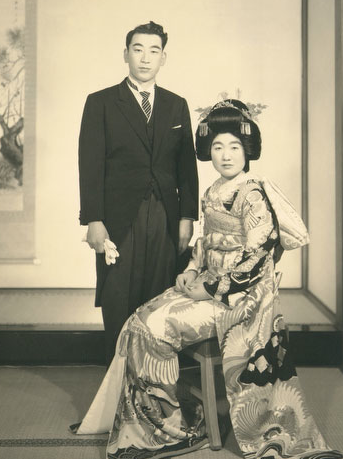 Never heard of it? Then, you must be one of those folks who have never gone to an Anime

plays, or sat for endless hours in front of late night TV mindlessly pushing a remote button some 983 times passing channels in all languages and finally deciding it’s between Ron Popeil

and his infomercial for a food processor

and still coming away thinking all these Japanese cartoons — just seem… to look alike to me.

A true story… I think. Or at least that’s how I saw it last night between eyeballs closing and the sound of the clock ticking 3 times, signaling dawn is just around the corner. 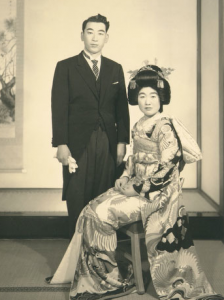 A dude marries a beautiful chick and they give birth to a lemon. This fine fellow who just gave birth to this fine lemon feels guilty because he has no money to support his wife and lemon but is promised work via a rich guy who will only employ this fine fellow on one condition — If he marries his daughter. So this rich man’s daughter (obviously eager to get out of dad’s house) orders a servant to kill the kind but poor man’s wife with some sort of crappy poison that doesn’t do what the crappy flower poison is suppose to do but instead’s disfigures innocent wife’s physical looks.

Innocent (and now dead) wife is nailed to a cross and is tossed over a bridge and into the river below ’cause… (and here is where I lost the point — she isn’t dead enough? You have to nail her to a cross and toss her into a icy river — just to make sure? Or by doing this, makes the guilty party sleep better at night? And, if that is true — there is a reason folks invented Valium

Dead wife, comes back as a mean spirit and kills every one including not-so-honorable alive husband and current wife who apparently sucked a good banana

according to husband’s servants.

Yep. That was what I watched last night. Of course, this could all be wrong as I don’t speak Japanese

, and I am one of those folks who has never been to an Anime Convention

. So maybe this really didn’t happen at all in this episode. But it sure looked like that to me. Or maybe, I was watching some remake of a Japanese Animated Horror story