↓ Skip to Main Content
Home › Blog › Your Daily Read: Death and Then Some Part 3

Your Daily Read: Death and Then Some Part 3 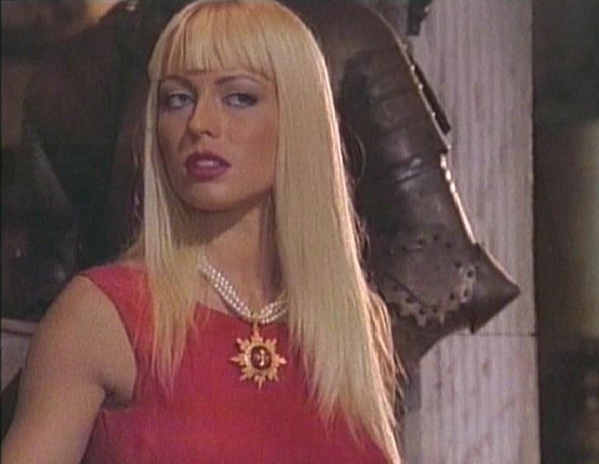 Part 3 of the mysterious death of my one time agent, Hal Guthu…

“He wasn’t a saint, but if you said, ‘I won’t go there,’ he wouldn’t make you go there, whereas with other people, you’d show up and there’d be the dogs and the ponies and the snakes and you’d be goin’ like, ‘Euhhhhhh, Momma told me not to come.’”

Her daughter perks up. “There’s a song that’s called ‘Momma Told Me Not to Come.’”

Trisha suggests I talk to a model named Stacy Burke. She seems to know the most about Hal’s death.

Stacy Burke comes down the third-floor balcony of Hollywood Best Western hotel, a pretty blonde with a beauty mark on her right cheek and an I Dream of Jeannie ponytail. She’s pulling a rolling suitcase stuffed with stockings, garters, corsets, shoes and assorted other feminine implements, plus one tuna fish sandwich. She stops outside the hotel room door. “If it was a suicide, then where is his girlfriend? How come she’s not around, you know, going, ‘Oh my God, what happened?’ Why does she just suddenly disappear?”

Then there’s his house. The cops can’t find it. How is that possible? “It’d have to be, you know, listed somewhere.”

And his car. It was parked around the corner instead of behind the building in his private spot. And the bird.

“If it was a suicide,” Stacy says, “he would have made sure his bird was safe. Anyone that’s an animal lover knows how that is, and I know how Hal was toward the bird.”

Right after they found Hal’s body, she talked to the cops. She told them that Hal was not the kind of guy who would burn down his own place. He wouldn’t risk other people like that. He was the last of the good guys, always dressed in those old-man kind of slacks with the belt up to here and a white button-down shirt with an undershirt. Hair dyed red, no roots showing hardly ever. He always had Tic Tacs. His nails were always clean. And he never came on to any of the girls, never ever. She went on the Web and asked tons of questions because every pretty girl in Hollywood has a Web site now, and when answers came in she’d tell the cops. That’s how she got hooked up with Carol, the C in CHN. Hal left her the business and even she’s stumped by what’s happened. “We gotta find the person for justice alone,” Stacy says. But if there is a murderer, “he’s one of us, probably. This person that did this could be amongst us. I mean, he could be a client. He could be a model. You know? There are so many suspects.”

Inside the hotel room, the curtains are pulled and the bed is pushed against the wall to make room for a red wrestling mat. A slouchy cameraman fiddles with lights as the producer introduces himself, giving me his Web site address and a little background: New York City schoolteacher, fifth grade, fired when they found out about his bondage hobby. He’s short, balding, friendly. “Of course I knew Hal. Everybody knew Hal. Hey, Tasha, you worked for Hal, right?”

Tasha’s on the crew. She has one of those impossible lean- but-large-breasted bodies and a long cowgirl face. She says she went to Hal when she was eighteen and he was a fabulous guy,very honest and decent. He sent her out on a lot of shower scenes and body double–type stuff, like making out in a car. “I kind of specialized in that, in those days.” Another woman says she shot tons of fetish stuff at Hal’s studio too. “There are like three agents,” she explains. There’s the porn guy, the fetish guy, and Hal. “Hal is . . . the guy you go to if you don’t want to do any of that stuff.  And I shot at his warehouse a lot.” She says she loved him and gives her real name, Candy Fleman, F-l-e-m-a-n, like she’s making a point.

Someone says they heard he had cancer.

“I heard he had it for years, and it was in remission.”

“He was very meticulous,” Tasha says. “He used to count every penny. He was always on time.” “He said that he used to, on his lunch break, go to Fox Studios and consult about lighting issues.”

And the parrot — oh God, that parrot.

“We’d be shooting, and the bird would be sitting there. And the director would say ‘action,’ and like five minutes later the bird would say, ‘Cut!’ And everyone’s like, ‘Who said that?’”

Everyone laughs. As they start stripping down to lingerie, Candy helps set up the lights. “I’m already sore,” she says. “I got spanked yesterday.”

The photographer perks up. “Why?” he asks. “Were you a bad girl?”

She laughs. “For money,” she says.

“And he’d go in the changing room. And he’d whistle. And we’re like looking around, ‘Oh, it’s Max again.’”

“Maybe the bird knows the answer.”