↓ Skip to Main Content
Home › Blog › Your Daily Read: Death and Then Some… Part 5

Your Daily Read: Death and Then Some… Part 5 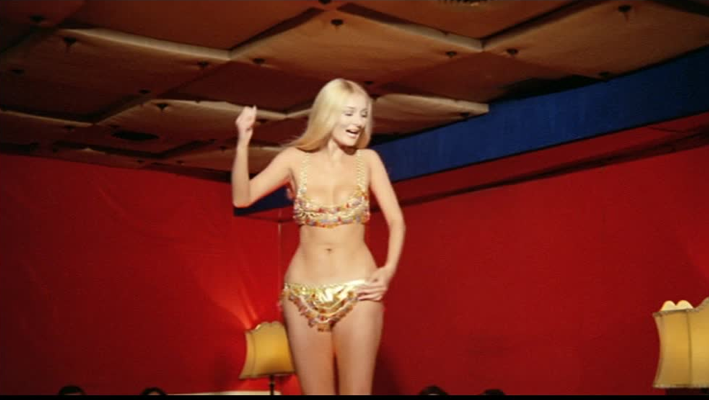 So here we are at part five of “Death and Then Some…” a tragic tale of suicide or murder of my first agent here in Hollywood, Hal Guthu. Stay tuned because tomorrow is the pay off!

Bob is certain it was murder, he tells me as we tour the industrial park where he runs his bondage empire. Twenty years ago, he and his wife were New York City schoolteachers with an interest in bondage. Then computers came out and Bob started a bondage newsletter and overnight he had four hundred subscribers. But that brought heat from the city and he ended up escaping to Hollywood like so many others before him. Now he runs his bondage empire out of an industrial park south of LAX with a warehouse and a series of offices and a soundstage across the alley where all of the sets were designed by a top Hollywood set designer. “That is a dungeon,” he says, taking me on the tour, “if you come over this way, this is a jail cell. And you may notice some of the details — there’s an actual floor. And we even have a drain. We can keep a girl in here for hours.”

“Of course. What self-respecting sadist would not have a rack?”

Bob is in his sixties now, with a gray beard and white hair and the rumpled self-regard of a self-made man who has spent his life sitting around one office or another, pushing things along. He says that it’s going to sound funny, but even though you’re surrounded by beauty and gorgeous women and you have two live-in slaves, after a while it’s the product that you worry about. “That’s my legacy. I mean, the name ‘B&D Pleasures’ and ‘Bondage-dot-org’ have a reputation that I know is going to live on long after I’m gone.”

When I mention Hal, he’s off, saying that Hal was an amazing guy and the oddest of ducks and never had lunch or hung out and always closed his office from eleven in the morning to two in the afternoon. And he had a parrot that would eat Polaroid photographs, “but only black-and-white Polaroid photographs — a very discerning bird.” He was proud of his movie past and showed off books where he was mentioned, kept excellent records and expected commissions promptly, took pride in his dungeon but always thought the bondage stuff was kind of kooky. “I do know that I’ve been told that some of the girls were sexual companions of his. And I have been told — once again, that’s a rumor — that he provided women for sexual purposes, as well as photographic purposes, to some very big names in Hollywood.

“The question remains, who has it in for him? The latest theory is that there was somebody who was actively trying to steal Hal’s girls. And allegedly this person said to Hal, ‘I’m gonna put you out of business and put you under.’”

I ask him who this person is. “Let’s go into my office,” he says. We cross over to the production building. Sitting on a sofa, he dials the phone and gets a man I’ll call Mark. They haggle for a few minutes. “I mean, he’s an honest-to-God reporter, and you say, ‘This is not for attribution,’ he will not put a name with it. But he would like to try to investigate it, and I think that maybe the memory of Hal might deserve that.”

Then he hands me the phone. The voice on the other end is blustery, confident. He says he’s been in the business twenty years and Hal trained him, taught him everything, and that’s why he’s talking to me now. “There’s a guy who’s been a competitor of Hal’s who’s been out to put him out of business,” he says. “His name’s Cam Smith. He’s been around a year and a half, his girlfriend signed with Hal and he’d follow her to all her shoots and try to sign Hal’s girls. Hal told me the guy was double-dip-ping, taking money from girls. He reported it to the State Labor Board. He told me so, in July or September. In my opinion, that’s the guy.”

Cam Smith is on the phone when I get there and waves me in, still talking. “She’s been a little flakey lately, but she just did great today on Hot Bodies. And she’s fired up to work, definite- ly.” Spread out in neat rows across the beige wall-to-wall carpet of his small Hollywood apartment are rows and rows of naked pictures of pretty girls.

Cam is a good-looking Midwest kind of guy, sandy hair and an earnest face. He was a UPS driver in Iowa when he met his wife at a bar and she was beautiful and he was just friendly with her at first and later they fell in love and she wanted to be a model so they moved to Chicago. She got some work but then they made the big move out to L.A., put all their stuff in storage and drove out and got a hotel room and a manual on how to find an agent. Jobs trickled in and he did the dirty work, the phone calls and negotiations and driving and coordinating, and six months later they were still struggling when someone slipped him Hal’s number. Tracy’s career began to take off. For the next eighteen months, Cam talked to Hal regularly about jobs and billings. He says the same things about Hal that everybody says, that you could trust him and that he took the side of his models. Then Tracy left him, and Cam went into a tailspin, drank himself almost to death and ended up in the hospital back in Iowa. “Then I made the big decision — I’ll quit drinking. I’ll go back to L.A. I’ll represent talent.”

I ask him how he’s finding the girls.