↓ Skip to Main Content
Home › Blog › Your Daily Read: Death and Then Some…

Your Daily Read: Death and Then Some… 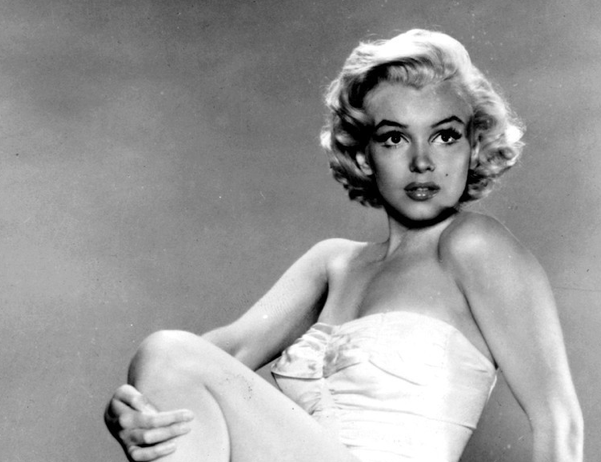 I have a story in mind about a man I used to know… His name was Hal Guthu and he ran a crummy “modeling” agency in Hollywood, long since gone, and it suddenly occurred to me to tell the story of this man, I adored and on numerous occasions he saved my life by finding me a job. In fact, Hal Guthu, one time small time agent, was the person responsible for getting me my part in Zapped! I was saddened years later to learn of his death and was always curious to find out what had really happened to him and his — Bird. I made some phone calls and here is what I gleamed from those who knew him and from my own experiences. Buckle up, because here comes:

Death and Then Some…

The first time I talk to her, on the phone from another city, she tells me that she loved Hal, she’d be happy to talk about him. Like everyone, she is troubled by his mysterious death. She met him when the big parts dried up and hardcore came in, and he sent her out for ten years, he sent her out and got her lots of work. Hal was always a gentleman and never looked her up and down, always so gracious. “He’d say, ‘I got you the audition, you got the part yourself.’” He sent her out on a lot of girlie stuff and bit movie parts and later private photo sessions with fans of her old cult movies. And he was a sweet old man, always sitting there at the desk of his little storefront movie studio on that bleak stretch of Santa Monica Boulevard, a real old-time Hollywood character in a neat white shirt and dyed hair and his famous macaw parrot sitting on the edge of his desk. A lot of times she’d shoot right there, on the sets he had rigged up in the back, boudoir and prison cell, rock ’n’ roll band, clawfoot bath- tub, doctor’s office. But work tapered off in the nineties and she hadn’t seen him for a few years.

The next time I call, she seems confused. When I drive through the blank glare of Los Angeles daylight to the flatlands below Hollywood and find her little stucco building, she opens the door wearing an old blue bathrobe. The famous boobs are gone. She has dull hammered eyes, like someone still drunk from the night before. She takes my hands and kisses my fingers like I’m a priest come to pay a death visit. She leads me into a little two-bedroom apartment that stinks of cat pee. When we sit she looks confused for a minute, then slips her hand into my lap. “Uh, that’s okay,” I say, something like that.
She seems puzzled. “I don’t even know why you’re here,” she says.
I tell her I’m here for Hal, to ask questions about Hal Guthu. I knew him once, liked him, wanted to look into his death. She digs through her Filofax for people I can call.
Then she stops, puzzled again. “Why are you here?”
For Hal, I say. And she starts talking about his pictures, the old stills he had of Marilyn Monroe that no one had ever seen. His collection of early cheesecake movies. She seems to believe that someone killed him to steal this stuff. “They’re all gone,” she says sadly.
“But why would someone kill him for old movies?” I say.
She gets angry. “They’re very very valuable! What are you kidding me!”
I make soothing noises. “They were films that were going to always be forever.”

Reb Sawitz leans back behind his scarred old desk, a fiftysomething ex–Hell’s Angel with aviator glasses and a Chihuahua trembling in his arm. “First off, I don’t believe the coroner,” he says. “Second off, when I called the police and told them to speak to me, they didn’t call me back. So I called them back. I went down and asked them if they would tell the detec- tive if he wouldn’t come up or see me or call me. He still has not. I’ve had Channel 11, 13, 7, and the Times. But not him. And I’ve known Hal thirty-five years.”
He leans back in his chair. “You tell me that he went and saw a doctor that nobody knows — that nobody could find — who told him he had two weeks to live? They didn’t find the bird either.”
Back in the sixties, Reb had worked at a collection agency just down the block from Hal’s place. They would see each other regularly, dropping in, talking business, trading clients, but Hal was funny because he never talked about personal things. Like his company was called CHN International, and Reb once asked him what CHN stood for, and he said “nothing.” Like everyone who knows Hal, he mentions the hair, “dyed black, really pitch black.” He’d come in at eight and stay till eleven, take off for lunch and be back open from two to five and then he would leave, and nobody ever saw him. Nobody ever saw him eat lunch either, or dinner. Reb shakes his head. Hal was a straight-shoot- er, a guy you could count on, a good man, but he was into his bird and his studio and who knows what else. “I think he lived over by the 118 freeway.”