↓ Skip to Main Content
Home › Blog › And the Winner Is…

And the Winner Is… 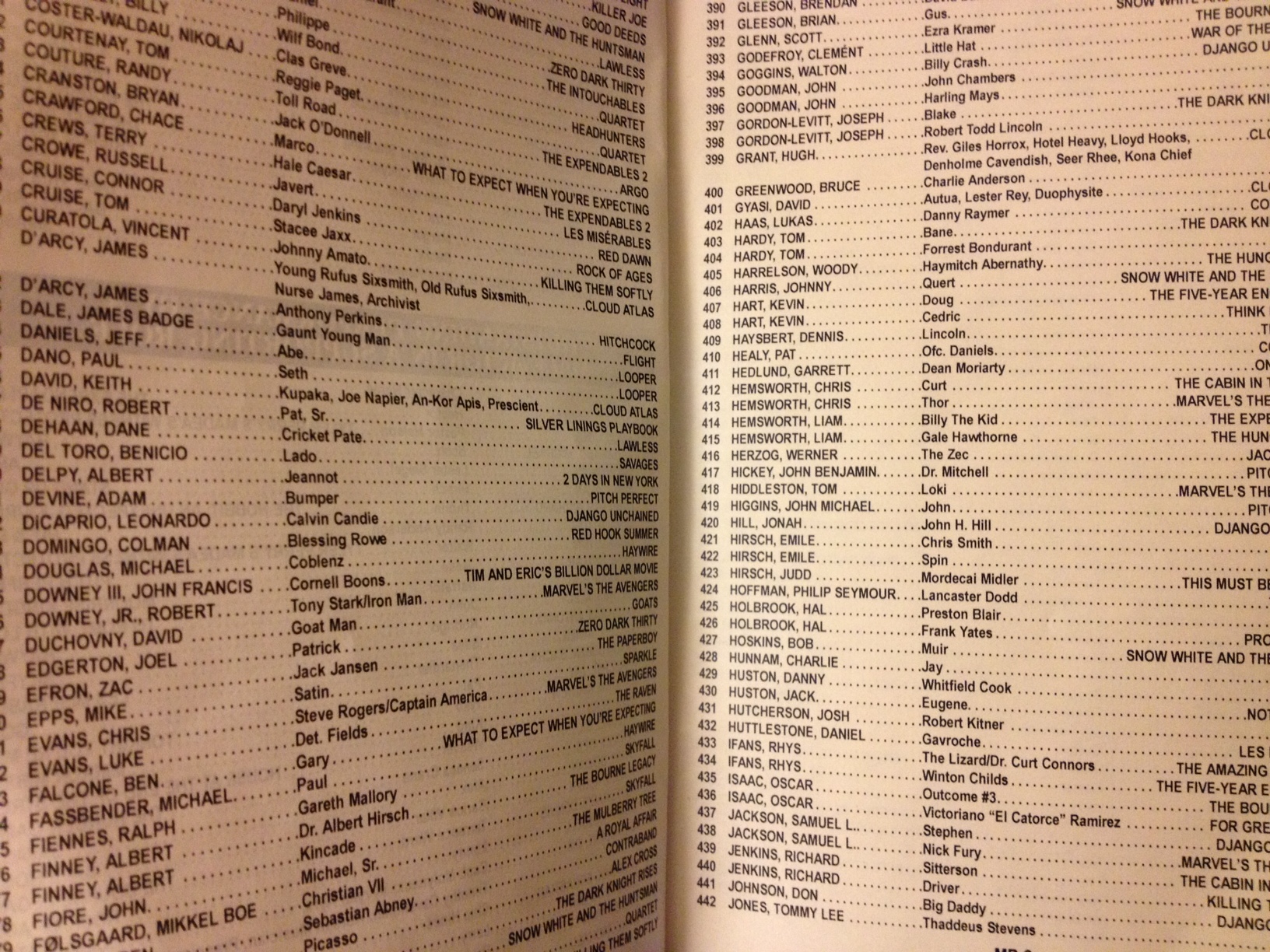 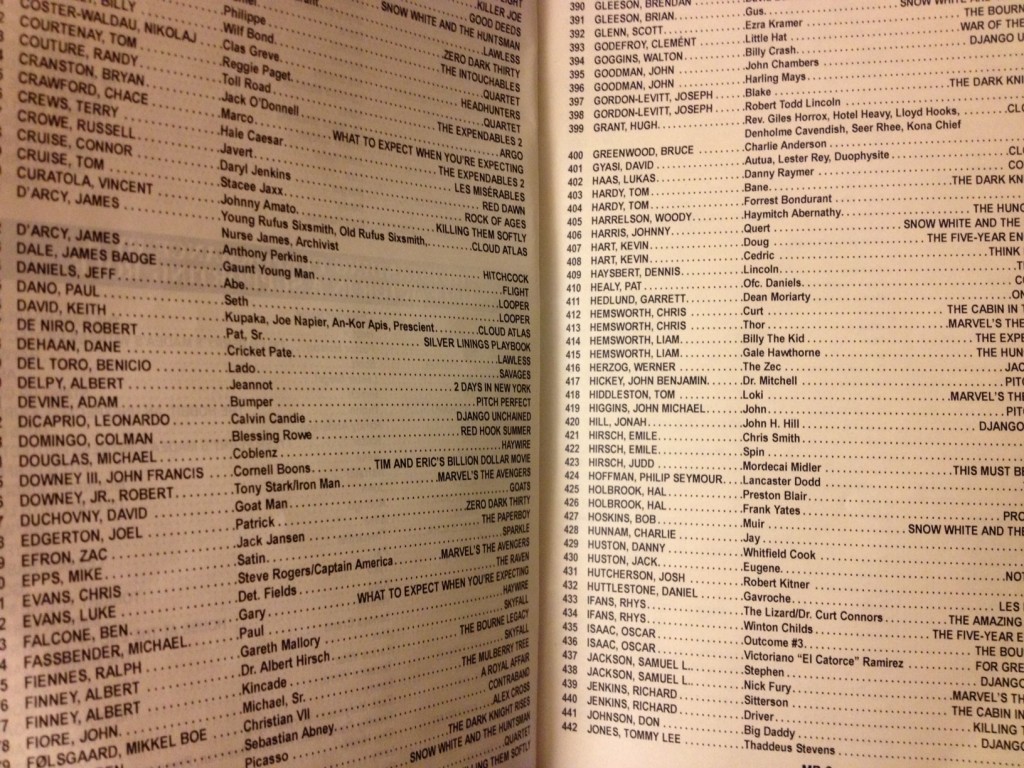 Not for anything life altering or jaw-dropping, like the fiscal cliff or stuff involving wars and social security but if you are an Actor? These next twenty-four hours is crucial and probably one of the most important days of your life next to getting an Oscar and a fat paycheck.

We actors here at the SAG Awards Nominating Committee — all 2,100 of us — get the chance to make five actors and actresses extremely happy on December 12th when the nominations will be announced to the world and the FINAL ballot information to select the outstanding performances of 2012 will be mailed to all SAG-AFTRA members in good standing and along with a gazillion more DVDs to my digs like I already don’t have a gazillion copies laying around the house. On January 27, 2013 on TNT and TBS the 19th Annual Screen Actors Guild Awards will air and a few lucky actors will go home with at least one naked and heavy dude to wow family and friends clear into the next zip code.

So my dear E-World and Internet buddies, I will for the next two days, post how I decided to vote: Starting with the category of Outstanding Performance By A Male Actor in a Leading Role:

I thought Josh nailed Young Agent K to the point I actually forgot it was Josh and believed! I was instead looking at a young Tommy Lee Jones. For me? Having been in this biz for some thirty-years now… that is hard to do.

Ballot boy number 51 the young TOM HOLLAND from “The Impossible”.

Tom was brilliant in this as a fourteen year old dealing with someone who went on vacation in a washing machine. And, lived to tell about it. For me, if I could have — I would have nominated this film for Best Director as well. Juan Antonio Bayona and his team did an amazing job in creating these amazing water moments. Anyone who has ever worked in water for any time, be it cinematic rain or in this case a portrayal of a real-life event and make me cry for almost the entire movie? Deserves to win at the very least a Best Hankie Award.

I voted for Matthew because he reminded me of my ex. An absolute horrible man who tried to murder me. Much the same way as the folks portrayed in this film succeeded in offing the mom in this. All for greed from a Life Insurance policy. Fifteen minutes prior to watching this, I received a call from my Health Insurance shared by my ex and myself informing me the ex had cancelled the Health Insurance. One hour later? I got in the mail a Quarterly statement from my Termed Life Insurance Policy — I didn’t know I had! Notifying me it was “paid and up to date” asking me for my address verification. Upon calling I found out my ex had me insured for a cool half million awarded upon my death to my beneficiaries. Imagine my surprise finding out who my beneficiary was…especially in light of a few  months earlier he claimed to be broke during my battle with breast cancer and cancelled our Group Health Insurance in favor of his girlfriends cheaper policy during my chemo number six. Which anyone who has ever been through such a thing, knows, chemo is scary. Chemo number six, scarier… and finding one has a Life Insurance Policy while being cancelled on Health Insurance by the same person? Doesn’t take a rocket scientist to come up with how much the dude cared. Maybe, voting for Matthew in this fashion isn’t exactly based on how much I loved his performance but rather on the word track running in my head of my ex saying, while watching Matthew thrust his movie cock into the unwilling mouth of Gina Gershon, “I did this all for you! You ungrateful, selfish, self-centered, bitch! I will always continue to help you…” To the grave apparently.

Ballot Number 78, JOAQUIN PHOENIX, for  Freddie Quell in “The Master”.

Hands down… this dude turned in an amazing performance. A beautiful looking movie… and if I could have? I would have voted for Best Cinematographer. A visually stunning movie that I really didn’t like as a movie that much but Joaquin? Freakin’ brilliant.

Ballot boy and to me? One of the Sexiest men alive — Mr. 110, DENZEL WASHINGTON, for Whip Whitaker in “Flight”

Seriously, to make “acting” look this easy? That’s ACTING! I loved everything about this movie… the script was fantastic! Finally, a movie that told a good commercial story and one with heart and soul and character flaws. Loved the direction and especially loved a performance I will talk in the next post about. I really loved this movie.