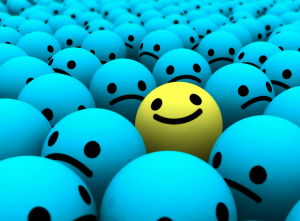 I am one Happy Ball!

I am sitting alone here in the yoga

It is so quiet and so beautiful and so … peaceful. I can remember the first time I was shown this room two years ago by a social worker who explained to me, Yoga, was another service they offer as part of the “complete care” that was offered by this facility. I sat here then, just like now, thinking how quiet this place is and does anyone actually use this place? I was assured then and an hour ago they do indeed use this room and once again I was offered to take a class

. I had every intention then as I do now of going to a class but as time, and the chemo treatments continued, stretching out from months to years

, stalling (because of insurance issues) resuming because of finding some funding to continue, stalling again, because of the in ability to pay co-pays and then resuming again after finding another program that finally agreed after MONTHS of applying to — finally — accepting me and agreeing to pick up some, not all of the drug costs and thinking then as I do now…

I am so Blessed

I have always been blessed. Mostly, I have known that my whole life, that no matter the adversity I can and will overcome. Because I never give up. I have never thought there was a down side to a bad situation, just an issue one has to deal with and will eventually with perseverance overcome. I was born with that ability and it has proven a worthy asset on many occasions from my youth and now at this time in my life. This time in my life were one measures years so differently when faced with death, when faced with printed copies of how your blood is measured in “markers” followed by milestones, and the joy of seeing fuzz on your head and then the frustration of watching your fuzz fall out before the “real” hair begins to grow. Before cancer I never thought much of how my hair grew other than when it came time to dye my roots — as my hair had turned completely white way back in my twenties and dying my hair any and all shades of colors was as normal to me as putting on a pair of shoes.

Odd, how one see’s life so differently after being diagnosed and being told they have cancer. In my case, Breast Cancer

. I had watched my mother die a slow death by her in ability to take charge of the issue or at least acknowledge it when she had the first inkling she was not well. My mother instead, chose to ignore it. Making excuses to herself, if she ate better, or had insurance — she would do something! But I think, even if she had had facilities like this offered at the time of her gut feeling something was “wrong” with her body — she wouldn’t have done anything about it. Not because she wouldn’t have wanted to get well or at least try to get well given the methods offered at the time… she didn’t do anything about it mostly, out of fear, ego, and the unknown.
How do I know, she had any of these thoughts? I don’t. I just know, that when she finally went to a doctors office her left breast was oozing green puss.
The morning I found my lump, I knew. I knew it was cancer. I knew because in the shower the water beating upon my nipple sent a weird sensation to and from the lump and I knew… my life, my lifestyle as I knew it — was over.

One can not truly describe how one feels when hearing the words spoken by an oncologist in a tiny room with ugly upholstered chairs, magazines months old and well thumbed thru, whose original owners name long since scratched off —

“You have Cancer. The tests came back…” and this is where at least in my case, I completely tuned out. I caught an occasional word, here and there, something about the number of chemo visits the recommended removal of both my breasts, the new drugs they have now to combat this dreaded diagnosis. On one hand I heard what was being said, but at the very same moment, I saw my childhood pass before me, my mother scolding me for a mouse I had bought for a quarter I had stolen out of her purse and hiding the poor black and white critter in a shoebox before the mouse chewed through it’s cardboard prison and made it’s way to it just so happened the black and white carpeting that stretch the length of our apartments hallway. I heard that scream again in my head, the same scream, my mother gave so many years ago when she stepped on my little buddy, sending both my fuzzy friend and my mother to opposite ends of the apartment. I saw and heard my friends and enemies of my teenage years drinking, partying, lying… as eight-balls of cocaine were being consumed. I saw, the beautiful years of my late twenties and early thirties fade into the horrible years of my forties to this truly horrible moment in front of a very nice man I had just met and was handing me a manila folder filled with numbers, charts, graphs, and a card of a surgeon he recommends.

Now here I sit, my back against the same wall, I had sat two years earlier, seeing new patients struggle into the elevator and me asking, “Floor?”
“Four, please,” would come the answer. The dreaded fourth floor, like out of a long ago Twilight Zone

episode — no one ever comes out of the fourth floor unscathed or unchanged.

Yet, I am thankful. It took Cancer for me to finally live a life. Not the life I thought was living, but a LIFE!

once said, “He that is good for making excuses is seldom good for anything else.” Happy people don’t make excuses or blame others for their own failures in life. Instead, they own up to their mistakes and, by doing so, they proactively try to change for the better.

That is what Cancer did for me.

I choose my friends wisely now. I surround myself with optimistic people, folks who take time to listen… which has given me a new lesson: The more intensely you listen, the quieter your mind gets, and the more content you feel.
That is a gift.

Cancer is a gift.

I don’t know what is going to happen in an hour or in a day or a year from now. What I do know is this: I drive a simple car. I am getting rid of the clutter in my apartment, I have no money, a mass amount of bills and no job.

But I am HAPPY. No, Zoloft needed.