Buyukada is a quiet island in the Sea of Marmara, an hour’s ferry ride from Istanbul, a place where time stands still. 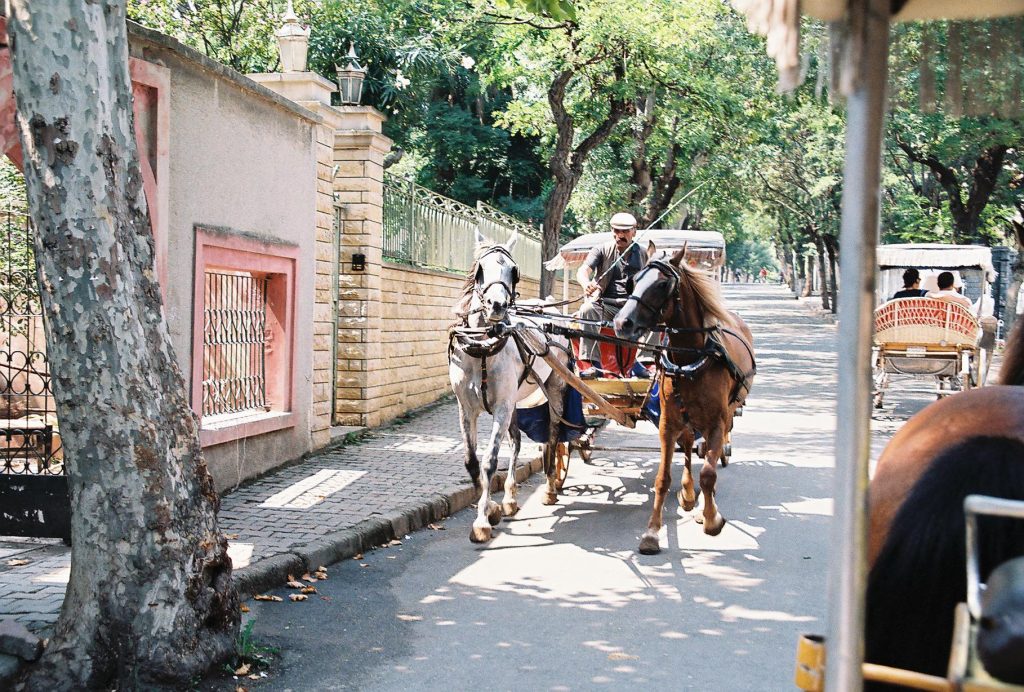 The Turkish island of Buyukada. Photos by Jewel Shepard

For more than a millennium, Buyukada has lured travelers from the Golden Horn to its lush hillsides, dramatic cliffs, and romantic coves. Only two square miles in size, Buyukada, population 7,000, is the largest island in a green, hilly archipelago that rises from the Sea of Marmara like a convoy of basking turtles. There are no skyscrapers here, no cars; only bicycles, horse-drawn buggies (called faytons), filigreed mansions and tile-roofed villas set amid flowery lanes, and emerald hillsides that drop down to rugged beaches. 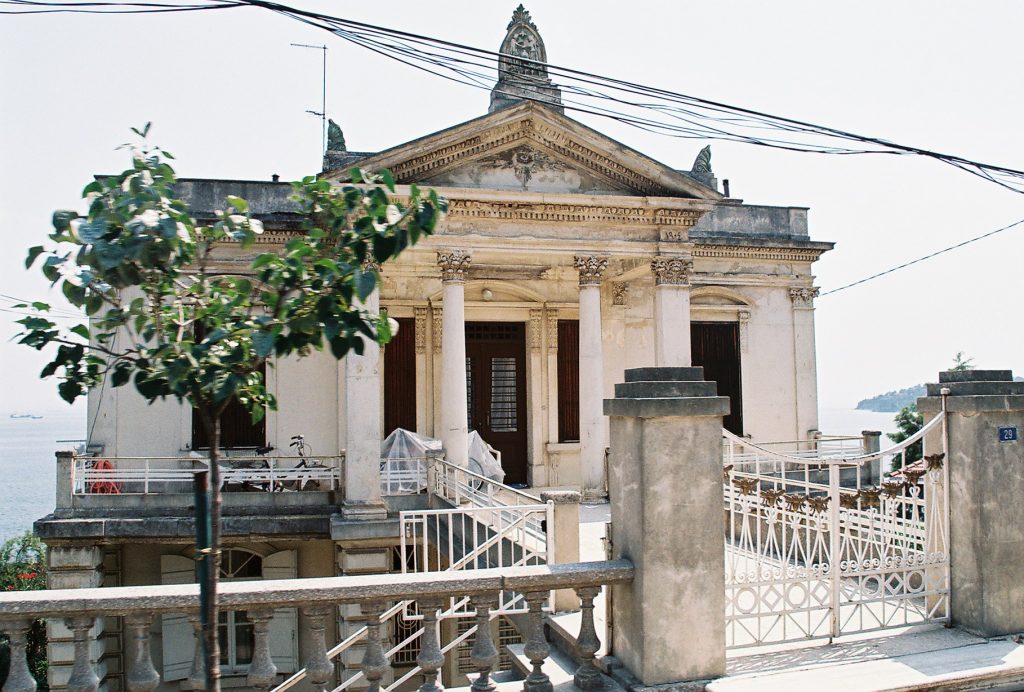 Byzantine Emperor Justin II had built a palace and monastery on Buyukada in A.D. 569. Monasteries followed and in ensuing centuries they became prisons for emperors, empresses, and patriarchs who fell out of favor on the mainland.

Leon Trotsky once lived in exile on Buyukada. The banished emperors of Byzantium, Buyukada had been a grievous place; but for Trotsky, it was a sort of sanctuary. From 1929 to 1933, he lived in a gorgeous, light-filled villa on this hillside, writing his autobiography and his “History of the Russian Revolution.” 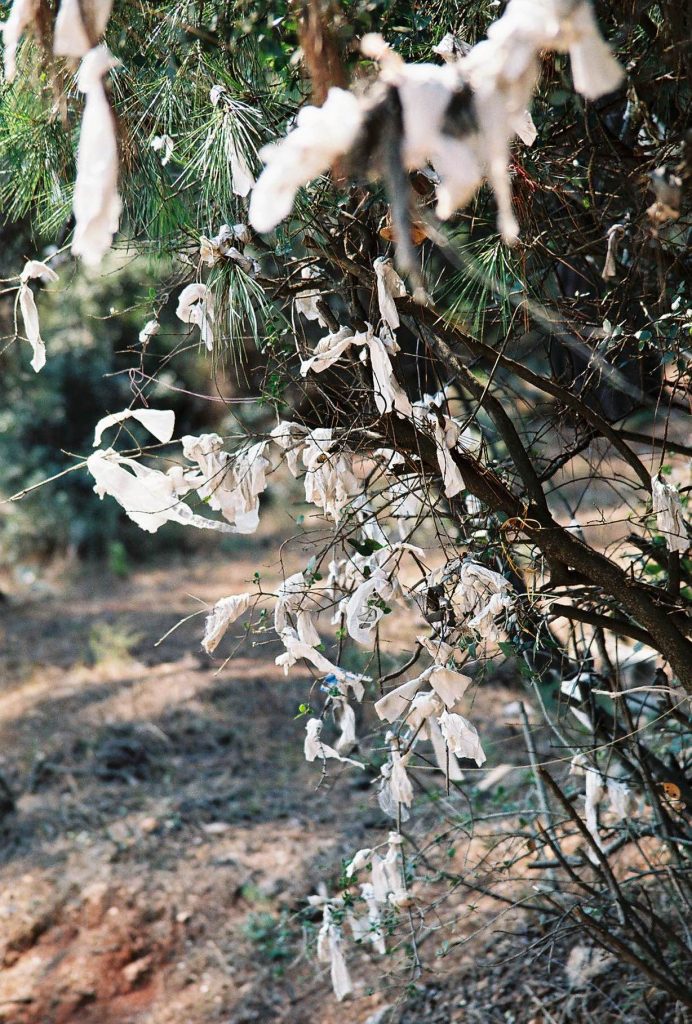 Every year on April 23, thousands of pilgrims of all faiths journey from Turkey, Greece, the Balkans and even Russia, making their way to the monastery of Aya Yorgi (St. George), which lies at the center of the island, atop Yucetepe, the island’s highest peak. As part of an age-old fertility ritual, one climbs the steep road that rises sharply from Birlik Meydani (Union Square) unwinding spools of thread and twining it around the greenery, from the base of the hill all the way up to the church at the summit. Although on the day I was there, the faithful were wrapping strands of cotton strips to tree branches, stopping every few feet to pray, before moving on to the next.

From Istanbul, a ferry from the Kabatas ferry dock to the Buyukada wharf costs 7.50 Turkish lira (about $4.70). Check departures online at ido.com.tr, be aware that more departures exist than appear on the Web site.

If you must spend the night, I suggest the Splendid Palas (23 Nisan Caddesi, No. 53; 90-216-382 6950; splendidhotel.net ) built in 1908 and is a grand, family-owned hotel awash in faded, Edwardian elegance. Guests receive a full Turkish breakfast — half a dozen kinds of cheese, bread and jam and an omelet bar. Rates, given in dollars, start at $115 for a double with island view and $130 with sea view. There are cheaper places to stay, but if you love Edwardian Elegance as much as I do? This is one of those places one must do even on a budget.

Mostly this island is great for a day trip, and with tourism currently down in Turkey, I am positive with a little bargaining, Splendid Palas, can be yours for $40 or less a night. 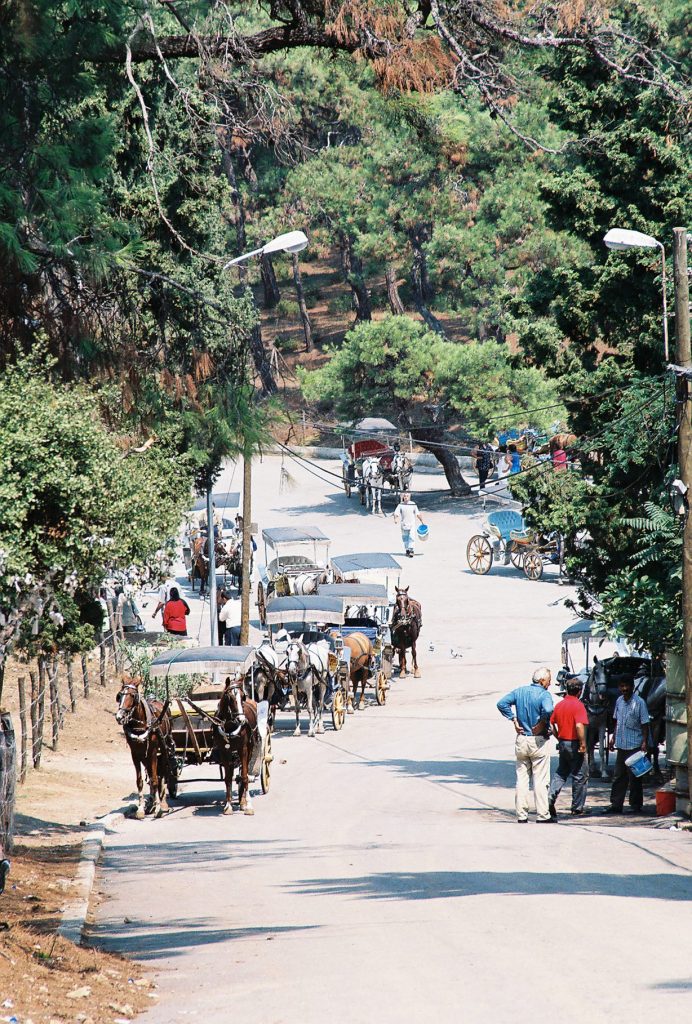